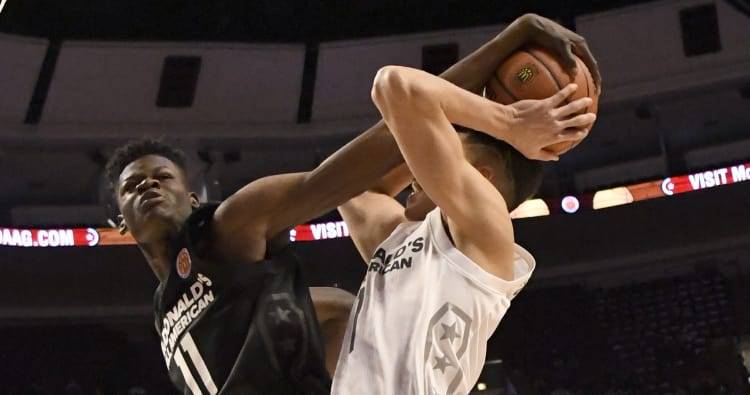 In just his second game with Texas, the freshman out of Westtown School in West Chester, Penn. led the the Longhorns against a team that plays in the top professional league in Australia. Melbourne United is a part of the National Basketball League or NBL.

Texas junior Kerwin Roach scored 12 points while freshman Matt Coleman chipped in 11 for the Longhorns. Bamba added nine rebounds, which led the team, four assists and two steals. He also had all five of the Longhorns’ blocks.

Texas fell behind 28-15 after the first quarter but outscored United 60-57 the rest of the way.

Dylan Osetkowski, a Tulane transfer, had 12 points for Texas. Andrew Jones scored 10 to round out the double-digit scorers for the Longhorns.

The Longhorns are in the midst of their second overseas summer tour and are 1-1 in the process, having defeated Dandenong of the Australian State League on Tuesday. The last time Texas made a trip to Australia was in the summer prior to the 1996-1997 season.

Texas next takes on another NBL squad when they face Cairns Taipans on Friday, Aug. 18 at 4 a.m. Central.