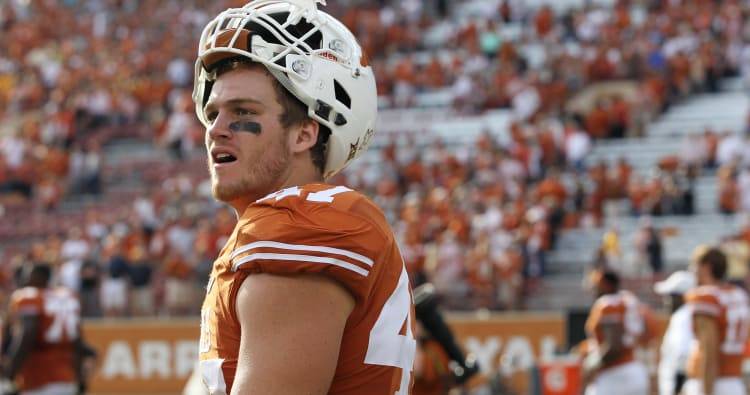 Texas coach Tom Herman has always had this uneasy feeling about the tight end position. Those fears may be justified.

Late Wednesday, the school announced that senior Andrew Beck suffered a fractured foot injury during practice earlier in the day. The Longhorns’ medical staff was currently reviewing treatment options, the school said in a statement.

Beck missed time during the spring because of a broken foot. Team officials did not say if Beck aggravated the same injury. The 255-pounder, once a lead blocker for Tyrone Swoopes’ 18-wheeler package, was looking forward to having an injury-free final season.

If Beck is sidelined for an extended period, that leaves the Longhorns in quite a predicament.

Freshman Reese Leitao will be suspended for the first two games after pleading guilty to misdemeanor drug possession during the summer. Junior Garrett Gray has missed practice time this August due to summer school.

Graduate senior Kendall Moore does come in with some experience from his time at Syracuse. However, it’s unclear how effective he can be. But freshman Cade Brewer, who has turned some heads with his blocking prowess, has no collegiate experience yet.

Herman is scheduled to meet reporters after Thursday’s practice.

Also, the school announced that freshman defensive back Chris Brown suffered a high ankle sprain during Monday’s practice. “His treatment and rehabilitation will require an extended amount of time,” the school said.

Brown would become the second player lost to a high ankle sprain. Offensive tackle Elijah Rodriguez suffered a similar injury earlier in camp and has already undergone surgery. While nothing has been ruled out, it’s doubtful that Rodriguez returns this season.

Longhorns in the NFL: Preseason