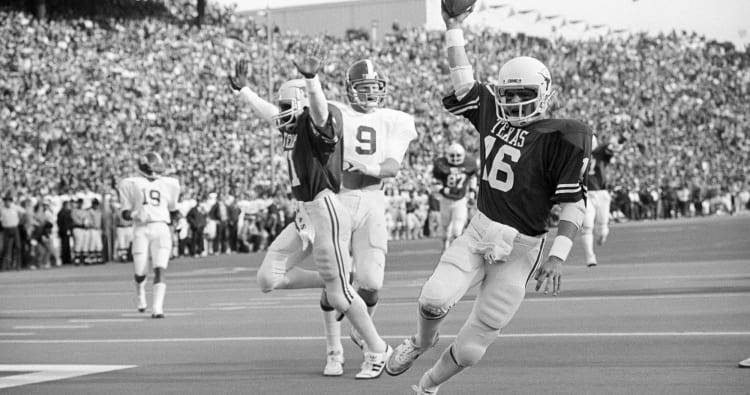 Let’s use Texas’ roster, history and scouting reports to countdown to the start of the 2017 football season. Today, we are only 16 days away from Texas’ home game against Maryland.

Which Longhorn wears No. 16? WR Davion Curtis, a three-star recruit from Temple who redshirted this past season, and QB Blake Nevins, who walked onto UT’s football team. Longtime UT fans likely remember Robert Brewer wearing that number in the 1982 Cotton Bowl. The Texas Ex is the father of ex-Texas Tech QB Michael Brewer and current Baylor QB Charlie Brewer.

Longhorns in the NFL: Preseason