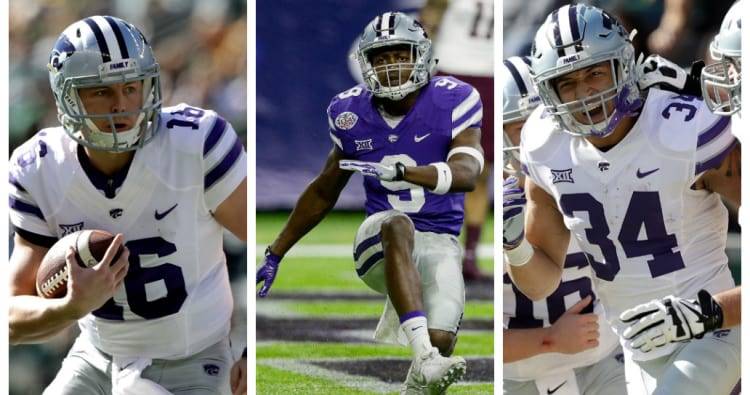 Kansas State’s offense never is going to be confused with the other high-powered units of the Big 12. But coach Bill Snyder prefers to win ball games with a tough running game from his tailback and quarterback, and then get big plays to receivers off of play-action.

Ertz is the returning starter. Historically, that’s good news for a Snyder-coached team. It’s the seventh time in Snyder’s 26 years of coaching that he returns an undisputed starter at quarterback. In those six previous years, K-State has responded with an 11-win season five times. The sixth produced nine victories.

“We were pretty decent at the end of the season last year,” Snyder told reporters. “So there is great expectations. There is nothing wrong with that. That is great. The key element is you have to do something about it.”

Ertz missed spring drills to recover from surgery on his throwing shoulder. He injured it last season but played through the pain, leading all Wildcats rushers with a 1,000-yard season. He said he felt completely recovered by June. Meanwhile, Snyder hired former K-State great Collin Klein to coach quarterbacks. Klein replaced Del Miller, who announced his retirement in the offseason. Ertz said he’s learning much from Klein, who finished third in the Heisman race in 2012 and led the Wildcats to the conference championship and a berth in the Fiesta Bowl.

Snyder also could be sticking with Barnes as his full-time tailback as opposed to using a committee of runners. Barnes averaged nearly 8 yards per carry last fall. According to K-State, he was the only tailback in the Big 12 who had at least 50 carries but wasn’t tackled for a loss.

Pringle is K-State’s best big play threat on offense and kick returns. He totaled 631 receiving yards, including catches of 82 against TCU and 79 against Texas A&M in the bowl game.  Dominique Heath, whose 45 catches led the team, also returns.

The post Triplets of the Big 12: Kansas State appeared first on HookEm.