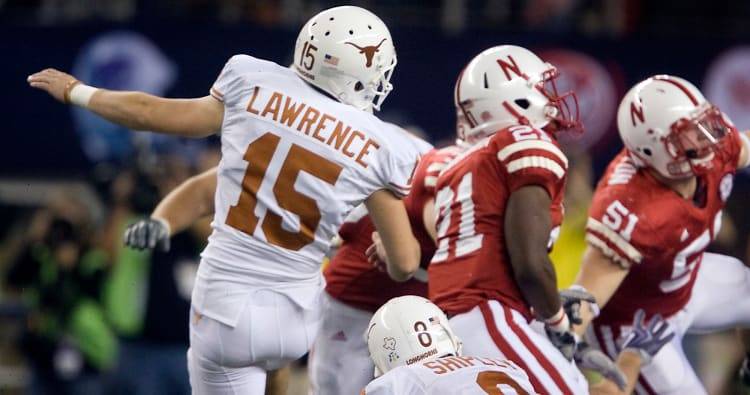 Let’s use Texas’ roster, history and scouting reports to countdown to the start of the 2017 football season. Today, we are only 15 days away from Texas’ home game against Maryland.

Which Longhorn wears No. 15? DB Chris Brown, who redshirted last year but nabbed the only interception in April’s Orange and White Game. Brown will likely miss the new few weeks of action after he injured his ankle this Wednesday. Texas fans probably remember Hunter Lawrence wearing No. 15 when his 46-yard field goal beat Nebraska in the 2009 Big 12 Championship Game.

Fun fact about No. 15: Former UT kickers Anthony Fera and Phil Dawson share the school record for consecutive field goals as each player connected on 15 straight kicks. Fera didn’t miss during a seven-game stretch in 2013. Dawson split his streak between the 1996 and 1997 seasons.

The Texas 22: Starting at outside linebacker — Naashon Hughes