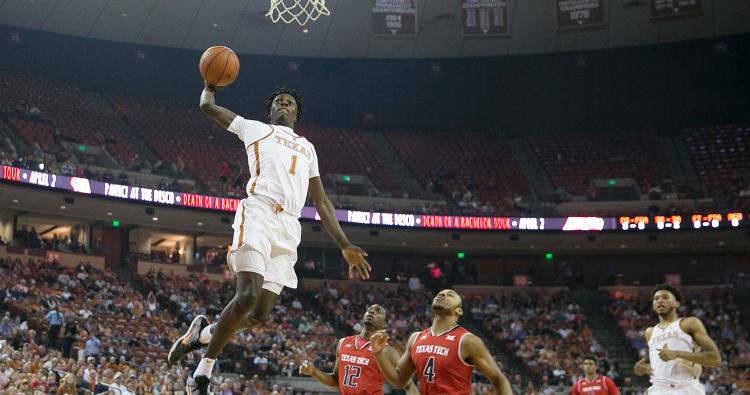 The Longhorns were trailing 69-67 with less than 60 seconds to play when Jones took over. After draining a mid-range jump shot to tie the score, Jones got possession of a loose ball along the left baseline and converted a layup with 3.9 seconds to play.

Time ran out before Cairns could attempt a shot.

Junior forward Dylan Osetkowski — a Tulane transfer — recorded a team-high 15 points and six assists to lead the Longhorns, while freshman Mo Bamba scored all 11 of his points in the second half.

The newcomers have been solid throughout the tour, but when Texas needed a bucket late it turned to some of its more experienced players. Jones had 11 points and four steals, and junior guard Eric Davis Jr. scored 10 of his 12 points in the fourth quarter.

Jones showed off some of the clutch shot-making ability he displayed at times last season, including when he drained a buzzer-beating 3-pointer to beat Oklahoma.

Watch a few of the highlights below:

Texas moved to 2-1 during its preseason tour of Australia, bouncing back from an 85-75 loss to Melbourne United on Wednesday. The Longhorns will finish up Monday against the Illawarra Hawks, their third-straight National Basketball League opponent. The NBL is Australia’s top professional league.

The game against Illwarrra tips off at 4 a.m. CT in Sydney. Fans can watch a live video stream by clicking here.

Triplets of the Big 12: Oklahoma