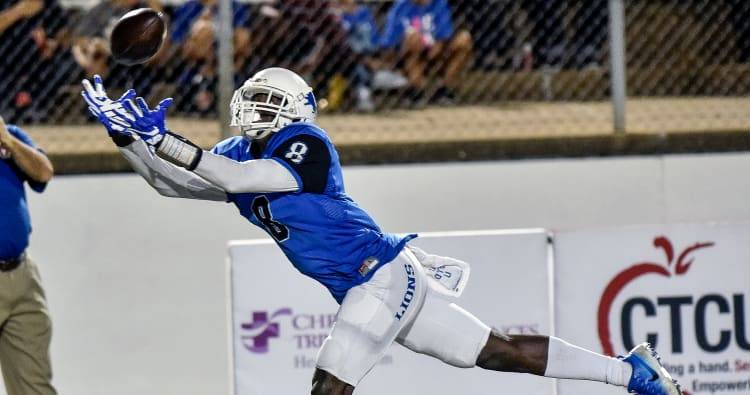 Tyler John Tyler receiver Damion Miller, a member of Texas’ 2017 recruiting class, will not enroll and join the Longhorns, the school confirmed on Friday.

The university offered no further comment, but Miller had not yet joined the team due to academics.

Miller has wanted to attend Texas for years. He was offered a scholarship by former coach Charlie Strong’s staff prior to his junior season. Miller said yes but had to wait almost 600 days before he could sign a national letter of intent.

“Everybody wants to go to Texas,” Miller told the American-Statesman in May. “In football, I’ve always wanted to help them build up the program. They seemed like they needed me. So ever since my sophomore year, oh yeah, I can work with that. So I’m ready.”

The Longhorns were eager to welcome Miller into the fold, but this won’t impact the team’s overall depth. The receiver position is easily the deepest, most-talented unit on the roster.