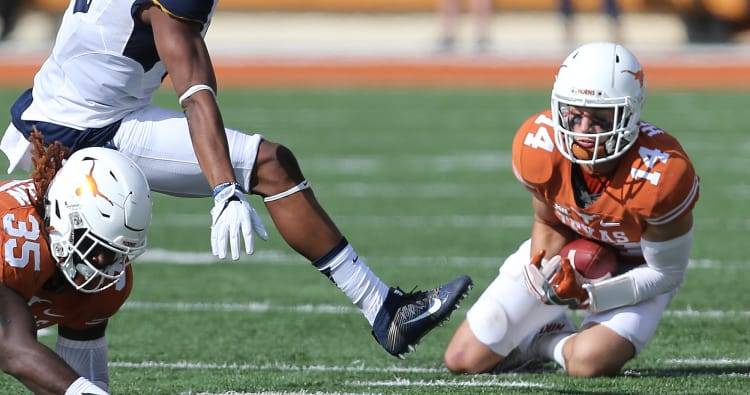 Let’s use Texas’ roster, history and scouting reports to countdown to the start of the 2017 football season. Today, we are only 14 days away from Texas’ home game against Maryland.

Which Longhorn wears No. 14? WR Lorenzo Joe, who turned one of last year’s eight catches into a key 61-yard reception against Baylor. This is Joe’s third jersey at Texas — he wore No. 84 in 2014 and No. 5 from 2015-16 — and he replaces Texas Ex Dylan Haines as the No. 14 on UT’s roster. Once a walk-on from Lago Vista, Haines’ 13 career interceptions rank in a tie for fifth in the school record books.

The Texas 22: Starting at outside linebacker — Malik Jefferson