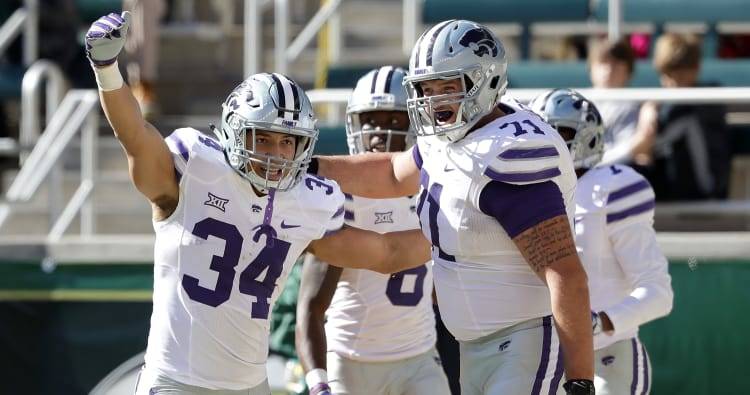 Kansas State offensive line coach Charlie Dickey preaches versatility, and Dalton Risner is a prime example. After starting every game of his redshirt freshman season at center, Risner shifted outside to right tackle and didn’t miss a beat. He picked up first-team All-Big 12 recognition and graded as one of the best run blockers in the country according to Pro Football Focus.

The Wildcats pride themselves on being able to run the ball in all situations, and that starts with the men up front. As one of the more tenured players on the roster, Risner sets the tone for that group. The 6-foot-5, 300-pound redshirt junior has a chance to be a high draft pick next spring, but for now he’s more focused on bringing a Big 12 championship to Manhattan. If anyone wants to beat the Wildcats, they’re going to have to go through Risner first.

“At this time last year we said the offensive line was a question mark and I couldn’t stand that. I hated that,” said Risner, an Outland Trophy candidate. “I made up my mind the O-line was going to have a great year, and we did. This year we have to make sure we push forward and continue to work hard and if we do that we can have another great year.

“We’re not going to be perfect. We’ll probably have games where we don’t run the ball as well as we’d like to but I don’t want anyone to say that we look like we got complacent. I want to make sure we reach our potential and have a great year.”

The Texas 22: Starting at outside linebacker — Malik Jefferson