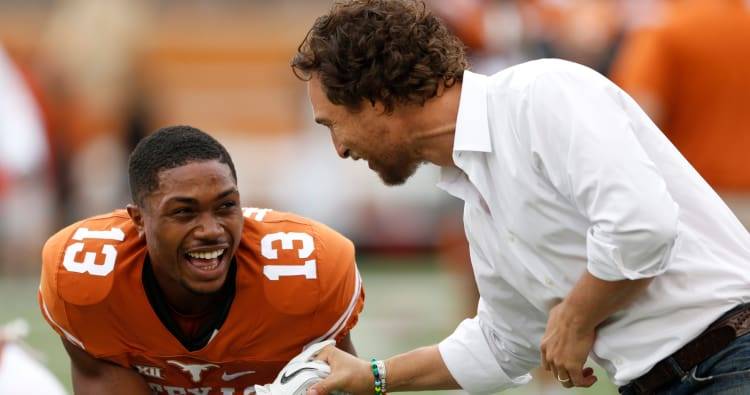 Let’s use Texas’ roster, history and scouting reports to countdown to the start of the 2017 football season. Today, we are only 13 days away from Texas’ home game against Maryland.

Which Longhorn wears No. 13? Juniors Jerrod Heard and Michael Dickson will both be spotted in No. 13 this season. Heard is the quarterback-turned-receiver who enters this year with 1,214 passing yards, 544 rushing yards and 269 receiving yards to his credit. Dickson was a Ray Guy Award finalist last year who averaged a school-record 47.4 yards per punt.

Read more: Texas Tech’s Cameron Batson is ahead of the class

Fun fact about No. 13: No UT receiver has caught more touchdowns in one season than Jordan Shipley, who hauled in 13 scores in 2009. Last year, six Longhorns were tied for the team lead in touchdown catches (three).