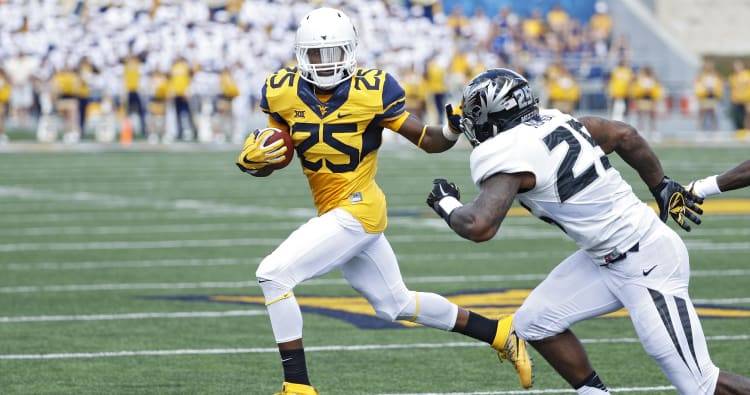 A little more than a year ago, Morgantown fourth-mealers probably had no idea they were being served their crunchwrap by a star running back. To support his wife and two sons, Justin Crawford spent the month leading up to fall camp working the night shift at Taco Bell. Then he shredded Big 12 defenses for a total of 1,184 rushing yards, the most by any player returning to the league in 2017.

Crawford, who ran for 3,161 yards in two seasons at Northwest Mississippi Community College, is the lead back in a three-man rotation that rivals any in college football. The 6-foot, 202-pound Georgia native averaged 7.8 yards a carry in 2016, but injuries allowed freshmen Kennedy McKoy and Martell Pettaway to show flashes of their potential.

Crawford arrived under the radar and didn’t need an adjustment period. There’s no substitute for experience, and he got plenty of that with more than 400 carries in JUCO. He’s great at changing direction on a dime and leaving defenders in his wake both at the line of scrimmage and in the open field. With limited experience up front, expect him to use that elusiveness even more often, resulting in at least a few spellbinding highlights.

An ankle injury limited Crawford toward the end of the season, and he only received three carries for 12 yards against the Longhorns. The next week, he ran for 331 yards against Oklahoma.