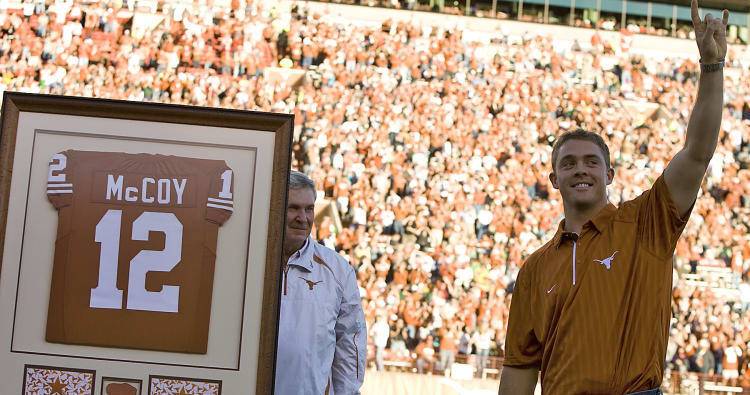 Let’s use Texas’ roster, history and scouting reports to countdown to the start of the 2017 football season. Today, we are only 12 days away from Texas’ home game against Maryland.

Which Longhorn wears No. 12? Nobody. No. 12 was Colt McCoy’s number, and UT retired that jersey in 2010. McCoy was college football’s all-time winningest quarterback when he played his last game during the 2009 season, and he owns most of the school’s significant passing records. McCoy currently plays for the Washington Redskins.

Fun fact about No. 12: Texas has won 12 of the 14 games it has played against Iowa State. That .857 winning percentage is Texas’ best mark against a Big 12 opponent, and UT boasts a winning record against seven of its nine conference foes. (Texas is 7-10 against Kansas State and 2-4 against West Virginia).