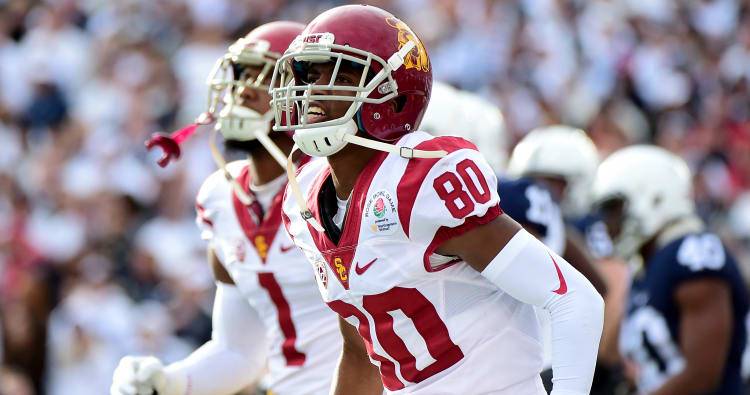 The best USC teams of the past two decades have all featured a stud wide receiver. Names like Dwayne Jarrett, Mike Williams and Keyshawn Johnson come to mind. This year’s No. 1 target, Deontay Burnett, doesn’t exactly fit that mold. He wasn’t a five-star recruit and he’s only 6-foot, 170 pounds, but overlooking him as one of the top wide receivers in the country would be a mistake.

Burnett isn’t your traditional No. 1 in that he does most of his damage from the slot. Last year, despite not starting until Week 8, he caught 56 passes for 622 yards and seven touchdowns. He’ll be asked to fill the void left by JuJu Smith-Schuster and Darreus Rogers, which means USC might have to adjust its play-calling to suit his strengths. Until a true deep threat emerges, expect to see a lot of screens and passes over the middle to get Burnett in open space.

The post Top opponents for Texas in 2017, No. 12: USC WR Deontay Burnett appeared first on HookEm.