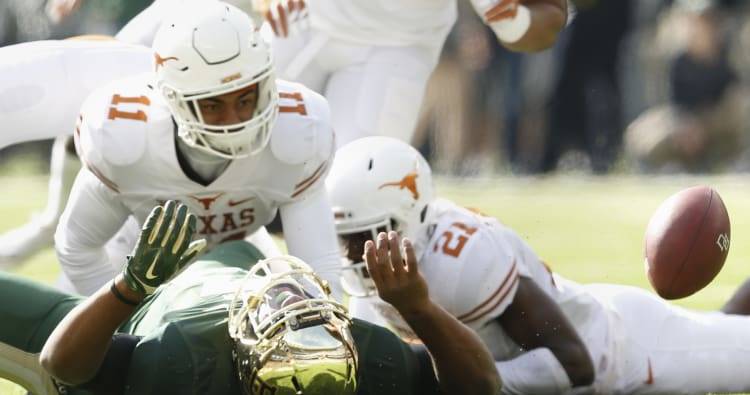 Let’s use Texas’ roster, history and scouting reports to countdown to the start of the 2017 football season. Today, we are only 11 days away from Texas’ home game against Maryland.

Which Longhorn wears No. 11? For a third straight season, No. 11 will be worn by defensive back P.J. Locke III. A nickelback, Locke has recorded 47 tackles and two interceptions in his collegiate career. Locke will share his number this fall with quarterback Sam Ehlinger, a four-star recruit from nearby Westlake.