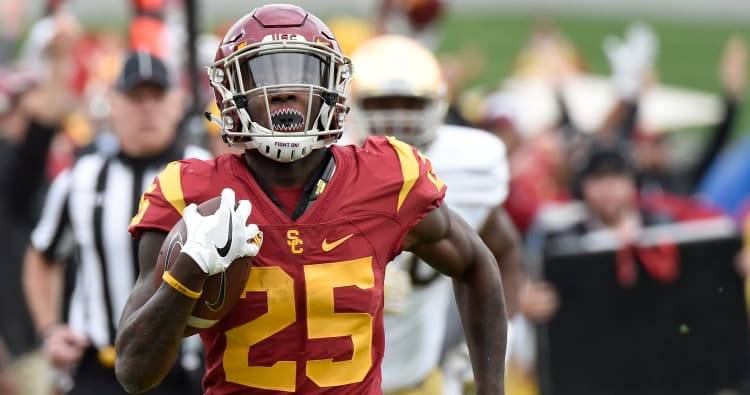 Don’t fall into the trap of thinking USC’s offense is based solely around quarterback Sam Darnold. The odds-on Heisman Trophy favorite was on fire at the end of 2016, but he also has a heck of a sidekick in running back Ronald Jones II. Jones rushed for 1,082 yards and 12 touchdowns last season, and had at least 100 yards in four of the last six games. That included an 18-carry, 223-yard outburst against California. The 6-foot-1, 195-pound McKinney, Texas, native is a big reason why USC is considered a playoff contender.

For Texas to have any chance of beating USC, it has to slow Jones. The Trojans are replacing three starters on the offensive line and they’re still looking for a consistent deep threat at wide receiver. The talent is certainly there, and Darnold has proven himself as an elite quarterback, but it seems unlikely USC’s passing attack will be fully developed by mid-September. If that’s the case, the Trojans may rely heavily on Jones to move the chains against Texas.

The blueprint exists. Washington and Penn State held him in check while coming the closest to beating USC during the second half of last season, limiting him to 4.0 and 2.8 yards per carry respectively. If Jones gets closer to his average of 6.2 it could be a long night.