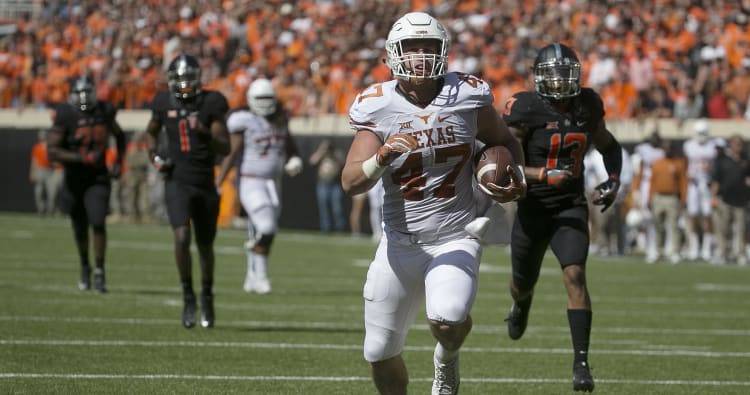 Texas has announced that Beck, a senior tight end, will miss the entire season due to a fractured left foot. When he suffered the non-contact injury last week, UT had hoped Beck would miss between six to eight weeks. The senior, however, will need surgery.

In a press release, Texas did not say if it will seek a medical redshirt for Beck.

Beck sat out part of the off-season because of another injury to his left foot. The one-time linebacker was primarily used as a blocker last year, but he scored on two of his four receptions.

The 6-4, 255-pound Beck was penciled in as Texas’ starter at tight end. Texas will now turn to graduate transfer Kendall Moore, junior Garrett Gray or freshman Cade Brewer for its opener against Maryland on Sept. 2. After pleading guilty to a misdemeanor drug possession charge, freshman Reese Leitao is suspended for the first two games of the season. The non-Beck options at tight end have 15 career catches between them, all of which were recorded by Moore at Syracuse.

Texas also revealed that freshman defensive back Eric Cuffee had successful surgery on his injured wrist on Tuesday. Cuffee, who was hurt during this past weekend’s scrimmage, will be sidelined for what the school called “an extended period of time.”

Triplets of the Big 12: TCU

The Texas 22: Starting at running back — Chris Warren III