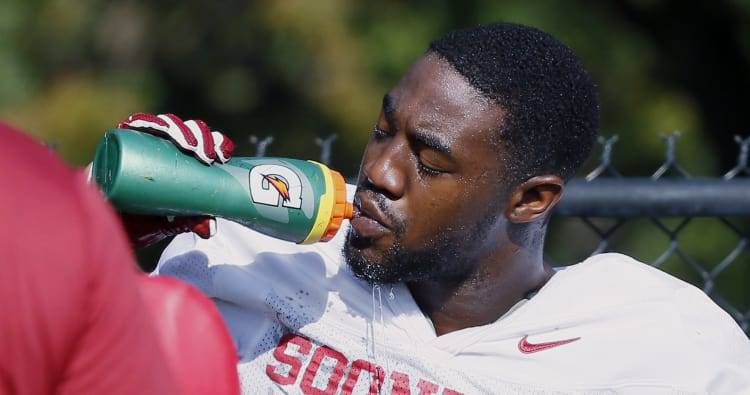 Of all the players Texas faces this season, Oklahoma linebacker Ogbonnia Okoronkwo might be the most dynamic. At 6-foot-1, 240 pounds, his size and speed causes matchup problems no matter where he lines up. A product of Houston’s Alief Taylor High School born to Nigerian parents, Okoronkwo broke out in 2016 with 9.0 sacks, 12.0 tackles for loss, two forced fumbles and 71 total tackles. His sacks total tied for the most in a single season by a Sooners linebacker and was the third most by a Big 12 player at any position last season.

Oklahoma is switching to a four-man defensive front which should highlight Okoronkwo even more. He poses the greatest threat as a pass-rusher, and the new formation will allow him to rush as a stand-up defensive end without having to focus on other linebacker responsibilities. It’s a role that is becoming more and more common in the NFL, and should provide a true test for offensive linemen like Longhorns left tackle Connor Williams.

Okoronkwo had one of the best games of his career against Texas last season, making a career high 11.0 tackles. That included two half-sacks, and he also forced a D’Onta Foreman fumble late in the first quarter. As a redshirt freshman in 2014, Okoronkwo had a half-sack in OU’s victory.

The post Top opponents for Texas in 2017, No. 10: Oklahoma LB Ogbonnia Okoronkwo appeared first on HookEm.

Five 2018 commits who could make an impact as true freshmen