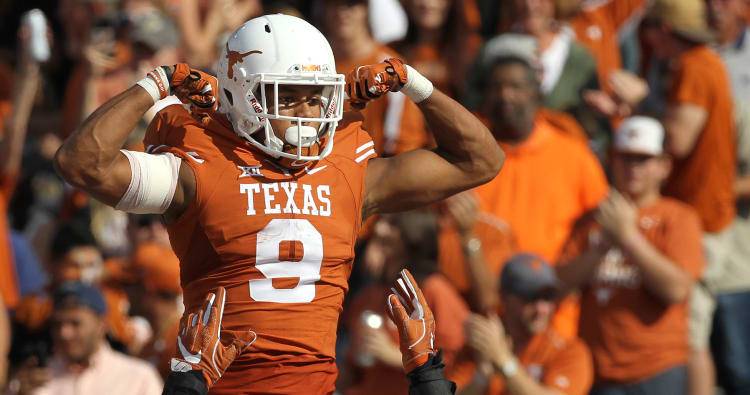 Let’s use Texas’ roster, history and scouting reports to countdown to the start of the 2017 football season. Today, we are only nine days away from Texas’ home game against Maryland.

Read more: Collin Johnson and Kris Boyd find worthy adversaries in each other

Which Longhorn wears No. 9? Sophomore WR Collin Johnson, who led all UT receivers with his eight catches in April’s Orange and White Game. Johnson came on strong at the end of his debut season. He recorded 15 of his 28 catches and all three of his touchdowns over the Longhorns’ last four games.

Fun fact about No. 9: During a 39-14 loss to Kansas State in 2010, Texas allowed only nine passing yards. That marked the 14th time in school history that an opponent failed to exceed 10 passing yards, but 11 of those games were played before 1985. (The UT defense’s record is the -1 yards it held Oklahoma to in 1951).

Longhorns in the NFL: Foreman and defenders continue to shine

The Texas 22: Starting at inside linebacker — Anthony Wheeler