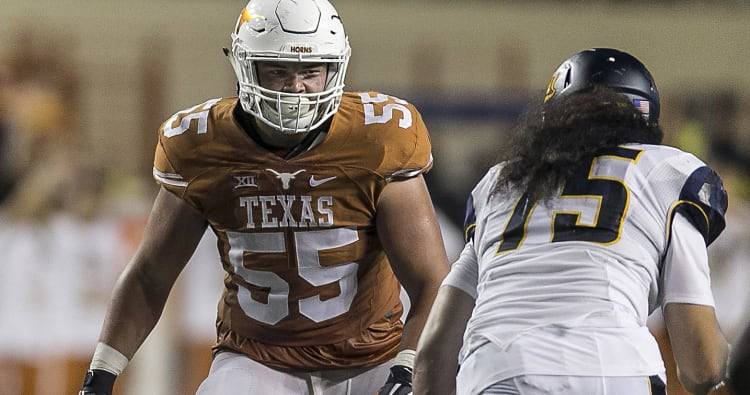 Williams was part of the 2015 class that included stars like Malik Jefferson, Anthony Wheeler, Chris Warren III and Kris Boyd. The tackle from Coppell exited high school as a three-star recruit and the No. 415-ranked overall national prospect, per 247Sports’ composite. Williams was the No. 42-ranked offensive tackle in his class and was No. 53 on the Fabulous 55.

He was a two-way player in high school, at defensive tackle and on the offensive line, earning all-district honors as a junior and a senior. He allowed just one sack as a senior and also was penalized only once, while recording 38 tackles and three sacks as a defensive lineman.

Williams weighed 275 pounds entering college and many scouts didn’t know if he’d add the necessary weight while keeping enough athleticism to deal with college defensive ends. He proved those concerns moot quickly into his college career.

WHO WILLIAMS HAS BEEN HERE — SO FAR

Williams is arguably the best player on Texas’ roster and is likely to become the first Longhorns offensive lineman this decade to get drafted. He started immediately, alongside fellow freshman Patrick Vahe, in 2015. Williams started received first-team All-American honors from USA Today, ESPN.com and the Football Writers Association of America. He was an honorable mention All-Big 12 selection.

He became a consensus All-American as a sophomore, becoming just the fourth sophomore in school history to receive that honor. Williams was a first-team All-Big 12 honoree as a left tackle.

Williams provided stability at an important position for a program lacking consistency the past few years. His junior season could be his last at Texas with a repeat performance of his first two seasons.

If fantasy football awarded points for offensive linemen, Williams would probably be a first-round pick. Heck, he might be the first player taken overall in a draft of all UT players. Left tackle, which protects the quarterback’s blind side, is arguably the most important position on the field. Some day Williams will make a lot of money doing what he does best.

As for this season, the Longhorns need him to live up his billing and become a vocal team leader. Tom Herman challenged him to always walk with another teammate through the football building. The new coach pushed the All-American to become a better mentor so others could see how hard he worked on a daily basis.