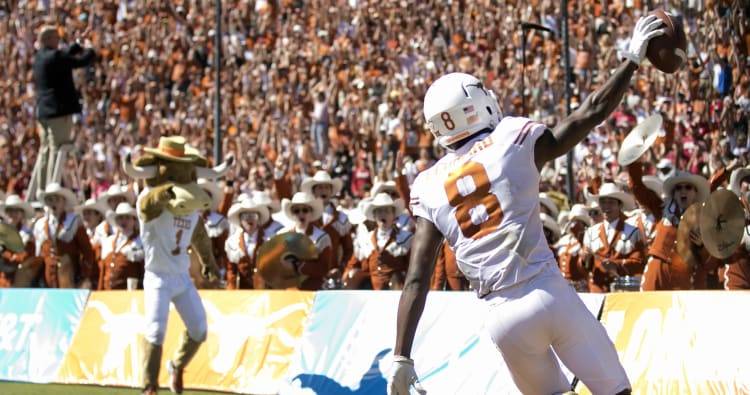 Let’s use Texas’ roster, history and scouting reports to countdown to the start of the 2017 football season. Today, we are only eight days away from Texas’ home game against Maryland.

Read more: Dorian Leonard is finally catching on with his Texas coaches

Which Longhorn wears No. 8? Senior WR Dorian Leonard, who recorded 29 of his 30 career catches during the 2016 season. Leonard had three touchdown catches last year, and he averaged 32.3 yards per score.

Fun fact about No. 8: Texas ranked eighth nationally in home attendance last season as it drew an average of 97,881 fans for its six games at Royal-Memorial Stadium. Interestingly enough, UT last ranked outside the top 10 in average attendance in 2005… the year that the Longhorns won a national title.