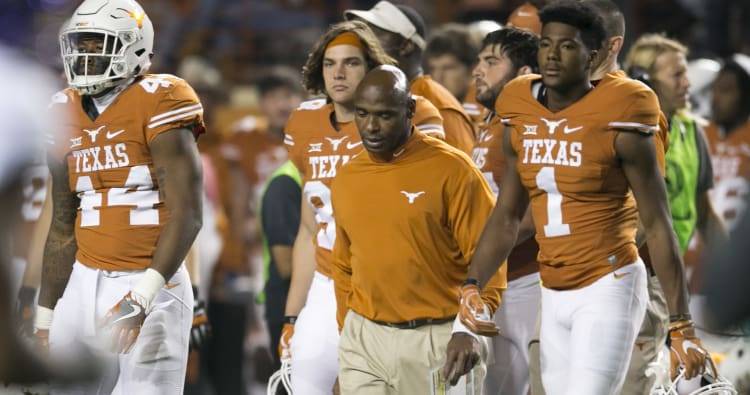 When it comes to recruiting, location and prestige have ensured that Texas remains a popular destination for top football talent.

What the Longhorns have been able to do with that talent in recent years has been a different story. Anyone who has followed the program the past few seasons doesn’t need an advanced statistic to figure that out.

The number-crunchers over at FiveThirtyEight did the math anyway, and it’s pretty staggering.

Weighing ESPN’s Football Power Index against the 247Sports Team Talent Composite for 2015 and 2016, they ranked Texas 122nd out of 128 FBS schools at turning talent into on-field success. Click the link above for the full rankings, but here is a graphic that provides a basic idea of which programs do better than others.

The real slap in the face comes at the very bottom of the rankings, where Kansas sits just below Rutgers as the most underachieving program in the country. Of course, that didn’t stop the Jayhawks from beating Texas, 24-21, last season in Lawrence.

The whole ratings system basically serves as a mathematical explanation for what got Charlie Strong fired after three seasons leading Texas.

New coach Tom Herman has taken things to a whole new level during his first few months on the recruiting trail, but fans are anxiously awaiting results on the field. Will the wins get here soon enough?