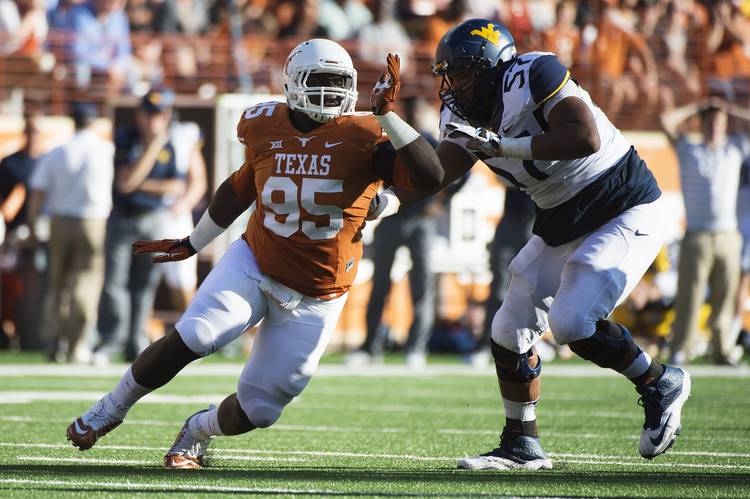 On Friday, Texas football coach Tom Herman announced who would lead the Longhorns into battle this season.

Herman tweeted that linebacker Naashon Hughes, defensive tackle Poona Ford, offensive lineman Connor Williams and defensive back P.J. Locke III have been named captains for the 2017 season. Ford and Hughes are seniors (Hughes is one of three players left from Mack Brown’s last team at Texas). Locke and Williams are juniors.

Herman has talked about the leadership qualities of Hughes, Locke and Williams throughout the off-season. Those three players also accompanied Herman to the Big 12 Media Days.

Ford was only player that Herman praised during the first day of spring practices. Fellow defensive lineman Chris Nelson told reporters this week that Ford “is speaking up a lot more. (He’s) always been a laid-back person, but when he’s on the field, he’s a dog. He’s a beast. This year, he’s speaking up more, getting into scheme with the players and stuff like that.”

Be the culture, spread the culture. Your 2017 Team Captains. So proud and happy for these guys #ThisIsTexas 🤘

Texas opens its 2017 season with a home game against Maryland on Sept. 2.

Triplets of the Big 12: Texas