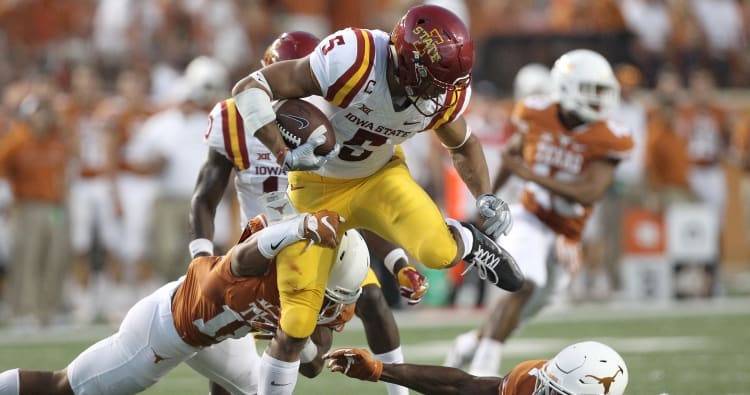 It’s the age-old conundrum. Your team is playing a Saturday night game, and all of the marquee matchups are either late-afternoon or evening. Which 11 a.m. pillow fight is going to grab your attention? It usually comes down to a star player or two, and this year Allen Lazard fits that bill. At least he should. To find another Iowa State player who fit that bill, you have to go all the way back to 2002 and Seneca Wallace.

Lazard has a rare opportunity to etch himself into the memory of a starved fanbase. Just making a bowl game would be an unqualified success for the Cyclones. In 2016, Lazard caught 69 passes for 1,018 yards and seven touchdowns. The talent around him is a year older, and quarterback Jacob Park has settled in as a starter. Even if the defense can’t get things together and the Cyclones remain mired in mediocrity, Lazard will be worth watching. At Iowa State, that’s saying something.

Size, athleticism, soft hands. Lazard is an NFL-ready wide receiver right now, but he chose to come back for his senior season. The only knock on him is a lack of top-level speed, but that hasn’t kept him from getting open at the college level with teams keyed in on his every move. Lazard is especially good in the air and along the sidelines. Check out this catch he made last year against San Jose State.

Texas fans were introduced to Lazard when, as a freshman in 2014, he caught eight passes for 88 yards and a touchdown. The following year, he had six catches for 66 yards as Iowa State upset the Longhorns. In 2016 he had seven grabs for 65 yards.