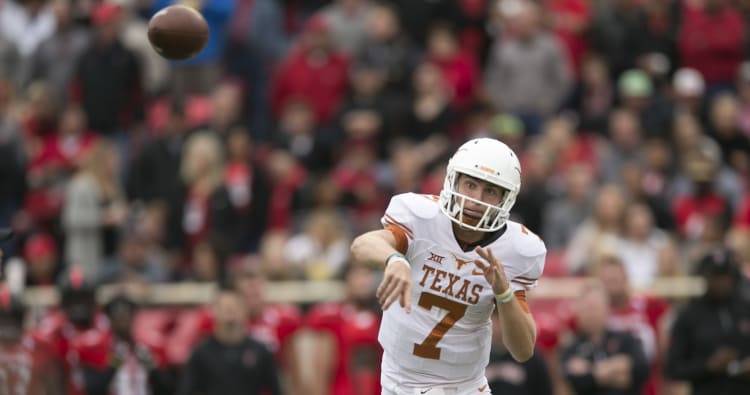 Let’s use Texas’ roster, history and scouting reports to countdown to the start of the 2017 football season. Today, we are only seven days away from Texas’ home game against Maryland.

Which Longhorn wears No. 7? Sophomore QB Shane Buechele, whose 2,958 passing yards last season set a record for UT freshmen. Fifth-year DB Antwuan Davis has worn No. 25 since his arrival from Bastrop in 2013, but he’ll wear No. 7 during his senior year.

Fun fact about No. 7: The 2016-high for receptions in a game at UT was seven, which was a feat accomplished by Jacorey Warrick, Dorian Leonard and Collin Johnson. Leonard and Johnson both met that mark during a 24-20 loss to West Virginia.