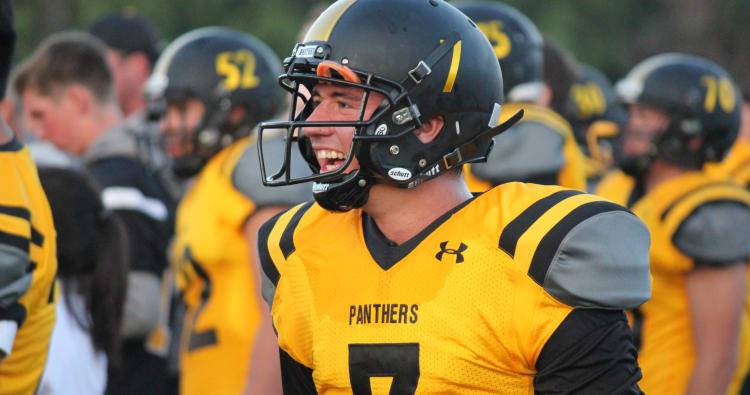 NEWBURY PARK, Calif. — Texas commit Cameron Rising quickly made up for lost time. The four-star quarterback of Newbury High School completed his first eight passes of his senior season. He finished the first half of a route over Pacifica High School with 304 yards and five touchdowns on 17-of-21 pass attempts. His team scored on all six possessions of the first half.

Rising missed the final of his junior season due to an injury to his throwing shoulder. The former Oklahoma commit suffered that injury on a rushing play and it was clear Newbury Park head coach Jason Klein was keeping his star quarterback safe. Rising didn’t attempt a single rush in the game except to kneel out the clock in the first half.

“It felt great to be back on the field with my teammates. My junior season was tough. Football is a big part of my life and I’m glad to be back,” Rising said. “I don’t care about stats and all that. We got the win and need to improve to keep winning.”

Rising is one of two quarterback commits in Texas’ 2018 class, which ranks No. 2 in the country and holds 18 commitments. Casey Thompson, a four-star from Newcastle (Okla.) is a fellow four-star. Rising is ranked as the No. 157 overall prospect in the country.

“The cream will rise to the top. Tom Herman isn’t the type to play favorites so the job will be open on a year-to-year basis unless it is clear one person is far better than the rest of the roster,” Rising said. “I think I’m going in there with a chance to compete right away and my goal is to start as soon as possible.”

The Longhorns also hold a commitment from 2019 dual-threat quarterback Roschon Johnson of Port Neches-Groves. The four-star is currently the lone commitment in Texas’ 2019 class.