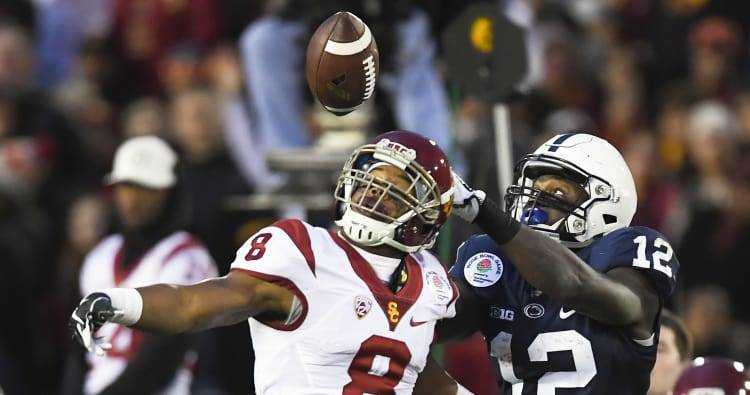 Iman Marshall has been outstanding the past two seasons, but he has lived in the shadow of fellow USC defensive back Adoree’ Jackson. Now that Jackson has moved on to the NFL, it’s Marshall’s time to shine as the leader of the Trojans’ secondary.

Marshall started as a true freshman in 2015, and actually put up bigger numbers than he did a year ago. He has career highs of 67 total tackles and 12 passes defended, with three interceptions both seasons. He’s been consistent throughout his career, but has had the luxury of growing while not having to face every team’s best receiver. That will change this fall.

At 6-foot-1, 205 pounds, Marshall has the body NFL scouts look for. He’s physical at the line and also has great instincts in the air. Against Texas, he’ll likely be tasked with guarding sophomore sensation Collin Johnson, which will be the matchup to watch if it happens. It will provide a good litmus test for Johnson and quarterback Shane Buechele against one of the best corners in college football.

The post Top opponents for Texas in 2017, No. 7: USC CB Iman Marshall appeared first on HookEm.

Did ‘Madden NFL 18’ use an image of a current Texas player?