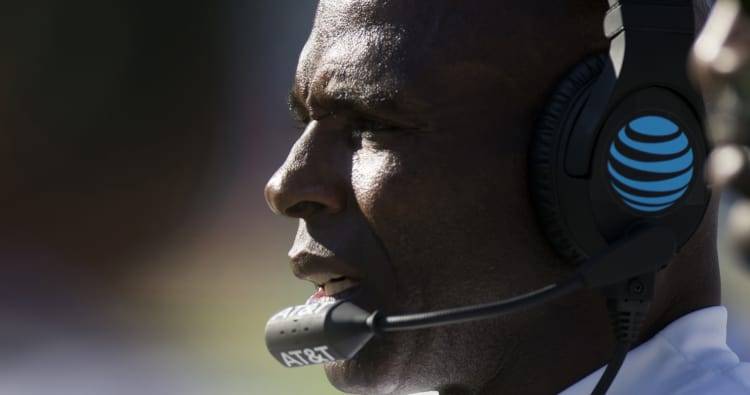 SAN JOSE, Calif. — South Florida spotted San Jose State 16 points in the first quarter on Saturday. The 19th-ranked Bulls opened with the same sloppiness that plagued Charlie Strong’s Longhorns in his three years in Austin. But they then went on to dominate the final three quarters in a fashion suited for a conference favorite, overwhelming the Spartans 42-22.

Two weeks down the road for San Jose State: Texas on Sept. 9.

The Charlie Strong era for South Florida began by a kickoff that went out of bounds for a penalty. South Florida forced a three-and-out on defense but the Bulls were flagged for holding on the punt return, pinning the offense back on its first drive. Then, after a three-and-out of their own, the Bulls were flagged for delay of game on fourth down. Then the punt was a 19-yard shank that gave San Jose State great field position and, eventually, points.

South Florida produced only 22 yards in the first quarter and punted five times.

The tweets started firing. The jokes were ablaze.

“We weren’t good in the very beginning,” Strong said. “There were issues in the kicking game and penalties. Offensively we had no rhythm. Defensively we played well and that kept us in the game.”

But then the second quarter began, and South Florida would score the next 42 points in the game.

The Bulls scored 28 points in the second quarter, becoming the first team since Utah in 2010 to put up 28 points in a quarter against the Spartans.

“We have so many leaders and they didn’t panic,” Strong said. “It’s always critical to have great leadership and you get that more with older players, especially in a game like today. I told them before the game that we have 12 opportunities and we can’t waste one this season.”

Strong was always known as a defensive coach but Texas’ defense bottomed out in his final two years with the Longhorns. Texas gave up 31.5 points per game in 2016, allowing opposing teams to average 5.6 yards a play. The Longhorns had only 10 interceptions in 12 games.

Strong coached three seasons at Texas, finishing with a 16-21 record, the lowest winning percentage in UT history. The Longhorns failed to reach the postseason in Strong’s final two years. Tom Herman was hired as his replacement on Nov. 26, two days after the season-ending loss at home to TCU.

Strong’s time at Texas was never easy. His starting quarterback, David Ash, suffered a concussion in Strong’s 2014 Longhorns debut game, a win at home over North Texas, and Ash ended up retiring from football. Senior center Dominic Espinosa also was injured in the opener and was lost for the season as well.

The quarterback position would prove fatal for the program. That’s not true at South Florida, however. Strong has inherited Quinton Flowers, one of only two quarterbacks in the country to pass for at least 2,000 yards and rush for at least 1,500; the other was Louisville’s Lamar Jackson, who won the Heisman Trophy.

On Saturday, the Bulls’ defense produced three interceptions. They shut out the Spartans in the second and third quarters; that in turn allowed the offense to generate rhythm and tied out the Spartans.

The offense, meanwhile, resembled the 2016 Texas version only with a more mobile quarterback in Flowers. He finished the game with 70 yards and a touchdown on 18 carries. USF rushed for 315 yards and ran 101 offensive plays. Flowers was 12 of 23 for 212 yards and two scores. The Bulls didn’t commit any turnovers.

“We’re an offense that wants to go fast and use tempo. If we can stay on the field and get first downs then we should get a bunch of plays,” he said.

South Florida entered the season with high hopes. The Bulls are favored to win the AAC, picking up 26 of the 30 media votes in the preseason poll. South Florida began the season ranked 19th by the AP and 21st by the coaches. This could potentially be first time the Bulls can start and finish a season ranked.

Todd Orlando, Texas’ first $1 million assistant, will let his defense do the talking