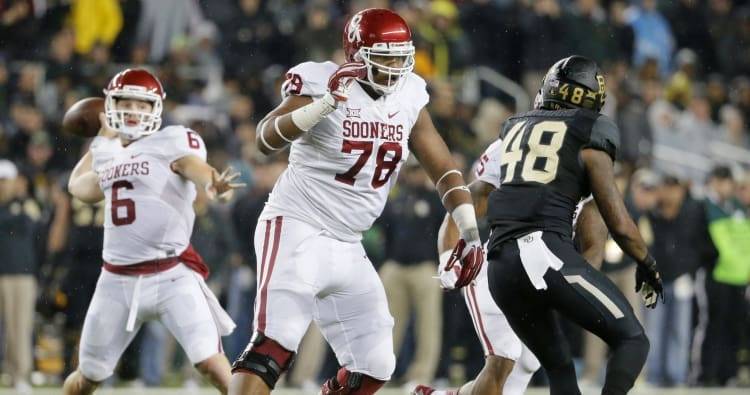 You can’t miss him. The man protecting Baker Mayfield’s blind side could fit the entire Oklahoma quarterback inside one of his pant legs. Orlando Brown stands at 6-foot-8, 348 pounds, and he’s projected to be one of the first offensive linemen selected in the 2018 NFL Draft. It doesn’t take more than one look at him to figure out why.

Brown is a beast in pass protection. Watching film of him is like watching a dad posting his 12-year-old son up in a game of one-on-one basketball. Once he gets his hands into a defender, it’s game over. He can get beat by speed, but most of the time he’s able to square up his frame to create an impenetrable wall between defenders and Mayfield. If there is a knock on Brown, it’s that he is not overly mobile when blocking downfield our outside the pocket. That’s an area he’ll be looking to improve to impress NFL scouts.

The post Top opponents for Texas in 2017, No. 6: Oklahoma LT Orlando Brown appeared first on HookEm.