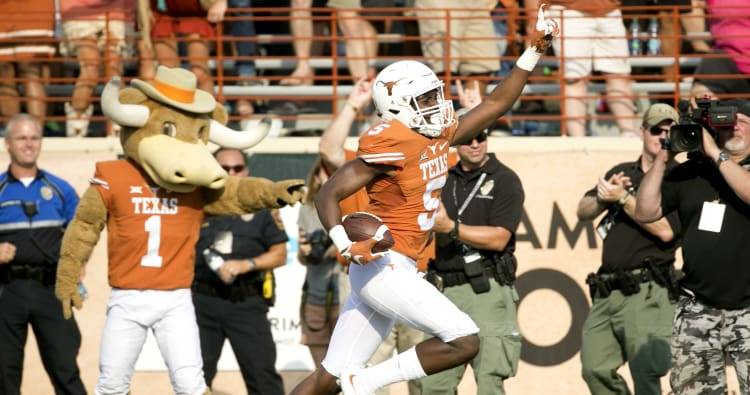 Let’s use Texas’ roster, history and scouting reports to countdown to the start of the 2017 football season. Today, we are only five days away from Texas’ home game against Maryland.

Which Longhorn wears No. 5? Junior Holton Hill, a cornerback who played in only five games last year after making eight starts in 2015. With 70 tackles and an interception on his resume, Hill is expected to return to UT’s starting line-up this fall.

Fun fact about No. 5: Texas has played five times against USC, and meeting No. 6 is set for Sept. 16. The Longhorns have only recorded one win against the Trojans. UT earned a national championship with that 41-38 triumph at the 2006 Rose Bowl.

Todd Orlando, Texas’ first $1 million assistant, will let his defense do the talking