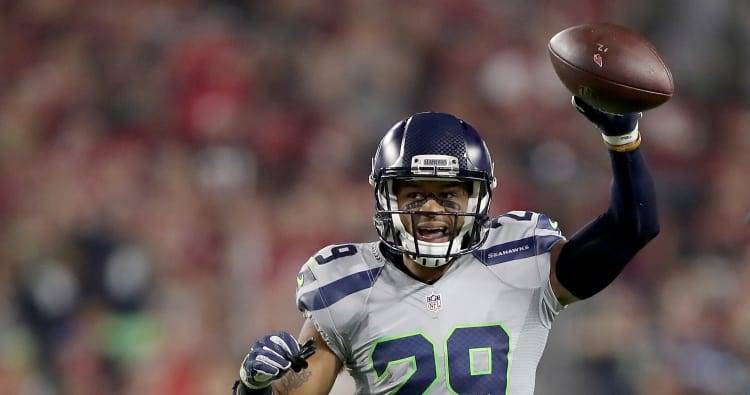 Former Texas Longhorn Earl Thomas is the best player in the NFL today from a current Big 12 program, according to ESPN.

ESPN released its ranking of the top 100 players in the NFL today, and the Seahawks safety came in at No. 18 overall. The next-highest ranked player to play for a school that’s currently in the Big 12 was former Kansas Jayhawk Chris Harris Jr. (No. 33).

The rankings were made by a panel of 53 NFL experts at ESPN. They’re based on how good players are expected to be this season, not how good they’ve been in the past. ESPN’s Sheil Kapadia gave some analysis on why Thomas ranked so highly:

Without Thomas on the field last season, the Seahawks allowed 12 passing touchdowns with one interception [in 2016]. With Thomas, they gave up seven touchdowns with 10 interceptions. His range in the deep middle of the field makes the defense go, and Thomas is excellent against the run, as well. At 28, he’s on the path to eventually become a Hall of Famer.

Thomas has 23 career interceptions and has been a first-team All-Pro selection three times in his career. He played at Texas from 2007-2009.

He was the Longhorns’ only representative on the list. The Big 12’s current 10 teams had nine players in the top 100. Former Big 12 programs such as Texas A&M and Nebraska also had representatives. Von Miller, who played in the Big 12 before the Aggies moved to the SEC, was ranked No. 4 overall.