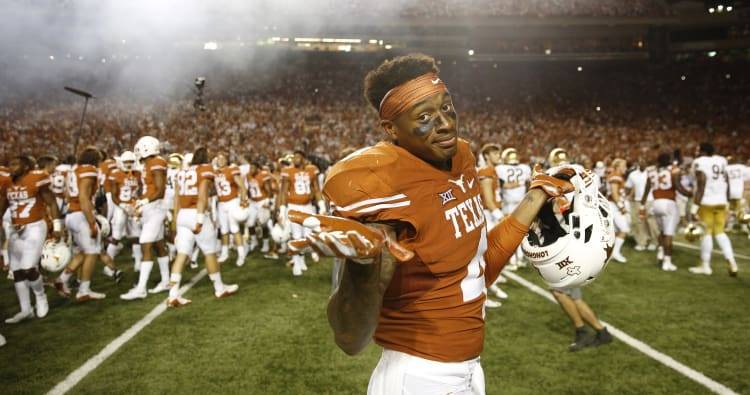 Let’s use Texas’ roster, history and scouting reports to count down to the start of the 2017 football season. On Tuesday we are only four days away from Texas’ home game against Maryland.

Read more: Out of the shadows, DeShon Elliott is fighting for a starting spot

Which Longhorn wears No. 4? Junior DeShon Elliott, a safety who has made one start in his career. He will likely be on the field when the UT defense first takes the field against the Terrapins. Elliott had 30 tackles and an interception last season.

Fun fact about No. 4: The UT record for interceptions in a game was established in 1968 when Bill Bradley picked off four Texas A&M passes. Texas’ last multi-interception performance was recorded last season when Dylan Haines forced two turnovers in a 24-20 loss to West Virginia. (Haines also led the Longhorns in 2016 with his four interceptions).