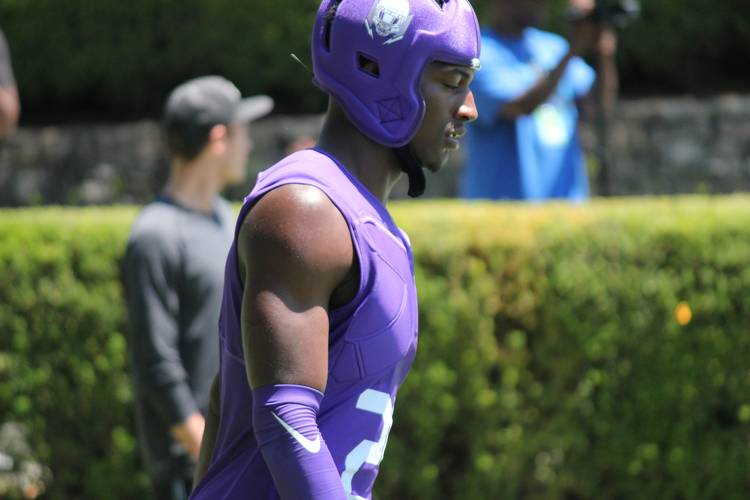 Stay updated on the latest Texas Longhorns recruiting news brought to you by Mike Craven of Hookem.com. The Forty will publish M-F at 10 a.m. CT each morning to provide Texas fans with an in-depth look at the latest for the Longhorns on the recruiting trail.

The season is upon us, sort of

The 2017 football season is upon us and there are plenty of future Longhorns to watch throughout, both inside the state’s borders and beyond. Tom Herman wasted no time declaring recruiting dominance in his first eight months on campus. The Longhorns hold 18 commitments and the class is ranked No. 2 in the nation.

A handful of Texas’ pledges won’t begin the season as planned this week because of the brutal devastation of Hurricane Harvey. Football took a back seat for players in south Texas and the Houston area. The season will begin at some point for those players, but it will begin for the other in-state recruits as planned this weekend.

Here are five in-state commits from the 2018 class we’ll be covering live in-person during the season.

Foster, Texas’ lone 5-star pledge for 2018, committed in June. He missed the final half of his junior season due to a knee injury. The injury caused him to miss every elite camp of the offseason except The Opening Final in Oregon this summer. Durability is the only concern with Foster. He contains all the necessary tools to become a starting safety. Foster also missed time as a sophomore due to injury.

East Texas is usually overlooked in recruiting unless a player produces at a power program like Gilmer, Carthage or Lufkin. Overshown is an interesting prospect. He didn’t attend many camps in the offseason, and Arp isn’t a program known for making runs in the playoffs. He flew under the radar for much of his junior season. Overshown is slated to play safety at Texas, but he’s also played defensive line, linebacker and safety in high school. His frame suggests he could add weight and play linebacker as a Longhorn.

Eagles experienced a meteoric recruiting rise after posting an elite performance at The Opening regional in Houston in February. It caught the attention of coaches across the nation and went from relatively unknown to a 4-star prospect with more than 25 offers and an invitation to the U.S. Army All-American Bowl in San Antonio this coming January. He’s in the argument to be considered the No. 1 wide receiver in the state.

Fort Worth ISD schools aren’t a hotbed for recruiting talent. Eastern Hills is home to a three-star linebacker with a ton of potential in Hobbs. Much like Arp’s Overshown, Hobbs’ recruiting stock wasn’t high during his junior year because of where he plays. Talent wins out, and college coaches caught on and offered him en masse. Hobbs is the longest-standing Texas pledge in the class, having committed on April 7.

Green was named the No. 1 prospect in the state on our updated Fab 55 released earlier this month. His combination of length, strength and raw athleticism is rare in a prep cornerback. He proved at numerous elite camps in Texas and at The Opening Final that he was the top corner in the state, even in a year loaded with defensive back talent. Green gets a chance to face top wide receivers during his senior season, and it’ll be interesting if his offseason success translates to the next step as a cornerback.

The post Five Texas commits to watch in-person during the 2017 season appeared first on HookEm.

From Dragons to Longhorns: Nacogdoches DBs to defend Texas’ secondary this fall