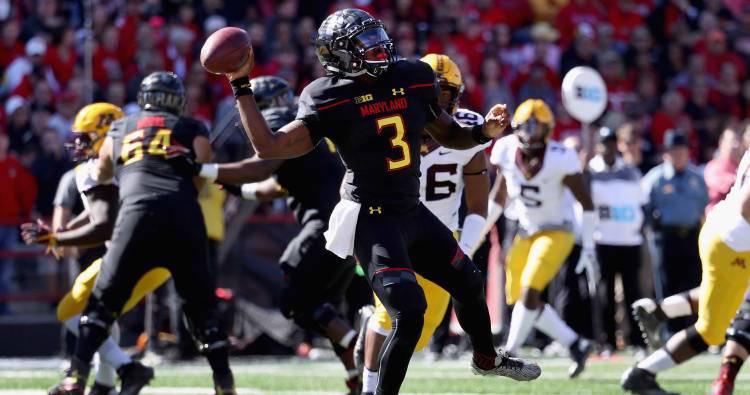 The biggest question for Maryland entering the season opener Saturday against Texas has been answered.

Tyrrell Pigrome will start at quarterback for the Terrapins, coach D.J. Durkin announced Monday. Pigrome, a dual-threat sophomore with one career start, got the nod over freshman Kasim Hill and sophomore Max Bortenschlager.

Pigrome showed promise last season while filling in for injured starter Peyton Hills. In his only start against Minnesota, Pigrome completed 18 of 37 passes for 161 yards, a touchdown and an two interceptions. He also ran 25 times for 71 yards in the 31-10 loss.

On the season, Pigrome completed 52.1 percent of his passes for 322 yards.

Hill, a four-star recruit out of Washington, D.C., is listed as Pigrome’s backup with Bortenschlager penciled in as third string.

The post Maryland names starting quarterback ahead of season opener against Texas appeared first on HookEm.