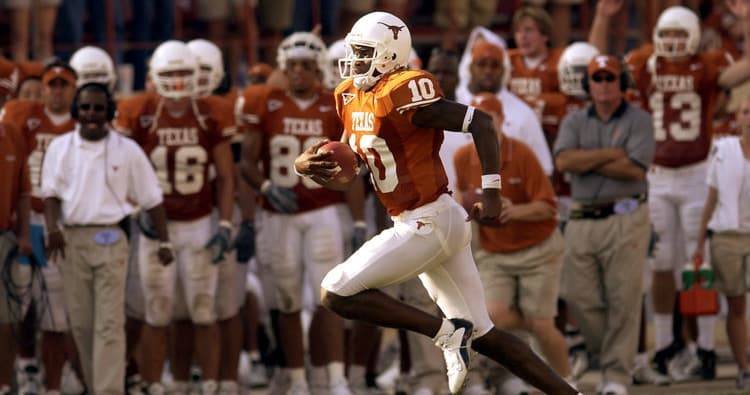 UPDATE (Wednesday): Vince Young and the foundation in his name have partnered up with HOPE, NATIVE and Ninja Busses to collect supplies and funds to help victims of Hurricane Harvey.

According to a crowdfunding campaign on YouCaring, anyone wishing to help can drop off supplies such as sanitary goods and non-perishable items at the NATIVE Hostel at 807 East Fourth Street between from now until Sept. 4.

The former Texas quarterback posted a photo on his Instagram account Tuesday taken by his mother which showed floodwater covering a street. In the photo caption, Young wrote, “Thanks you to the city of Houston and our National Coast Guard for rescuing my family and the families of others!”

Young tagged the location of the post in Sealy, a town west of Houston. Southeast Texas has been inundated with heavy rainfall since Harvey made landfall near Rockport late Friday as a category 4 hurricane. Though the storm has since downgraded to a tropical storm, rain continues to pummel the greater Houston area leading to historic flooding and evacuations in some spots.

He ended his post by telling his fans he would “see everybody shortly with team help!!!”

ATTENTION: Please, I cannot stress to you all enough of how important it is to listen when people say to EVACUATE! This picture is from my mom. This is not a joke! Thank you to the city of Houston and our National Coast Guard for rescuing my family and the families of others! Amen! We will continue to be #HoustonStrong. See everybody shortly with team help!!!

Five Texas commits to watch in-person during the 2017 season

Maryland names starting quarterback ahead of season opener against Texas