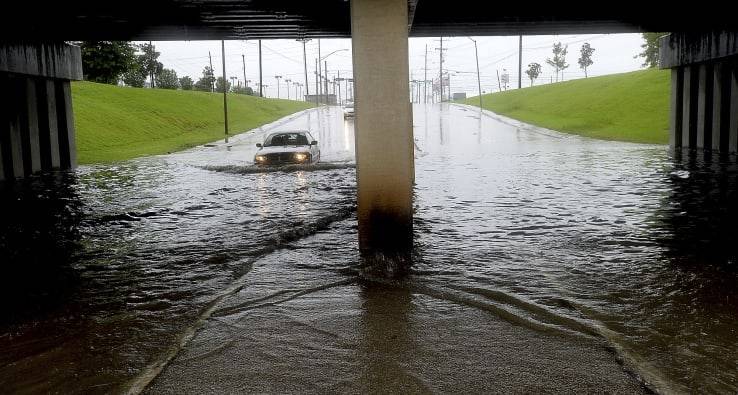 Earlier this week, Texas football coach Tom Herman said he had 21 players whose families had been confronted by Hurricane Harvey. The players’ families were all listed as safe. Junior defensive back P.J. Locke III, who hails from Beaumont, is one of those Longhorns.

Little Sis sent me this

Locke told reporters on Tuesday that the situation back home was “pretty bad.” Locke said his neighborhood had been flooded, and many houses were under water. His home is elevated so it is currently fine considering the circumstances. Locke, however, expressed concern about forecasted rain, nearby levees and over 300 alligators that may get loose from a town facility.

Locke asked for thoughts and prayers from the Longhorns fans. He also directed those wanting to help to the online fundraising campaign started by Houston Texans star J.J. Watt.

One of four captains for the Longhorns, Locke is attempting to focus on the upcoming game against Maryland. Locke will start at the nickel back position on Saturday.

“You just can’t let it take your focus away,” Locke said. “If I’m not focused this week, it can have a potential domino effect and other people might not be focused. That comes with the territory, just being a leader and just having to put everything else to the side. Worry about what’s going on right now as a team and then worry about the other stuff when you get out of practice.”