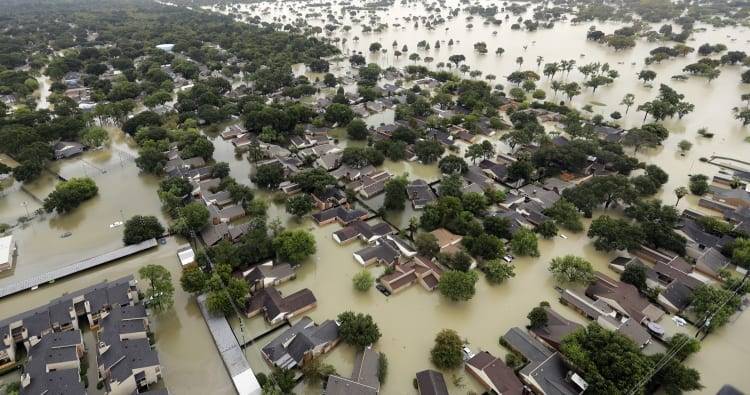 Houston is hurting from massive floods in the wake of Hurricane Harvey. On Wednesday, the Texas football team sent a message of support for victims including a link for donations.

In a video posted on Twitter, Longhorns from around the Houston area lent their support to the relief fund set up by Houston Texans defensive lineman J.J. Watt, who so far has raised more than $6 million through the crowdfunding site YouCaring.com.

We are supporting @JJWatt in aiding relief efforts of those affected by #HurricaneHarvey. Donate at: https://t.co/TQ6FNAAf1s pic.twitter.com/FR9gnfRc8g

RELATED: These celebrities are raising, donating money to help Texas recover from Harvey

Texas coach Tom Herman said earlier this week that 21 players’ families had been affected by the storm, and that all had been listed as safe. Texas commit Keondre Coburn posted a video of he and his family being rescued from their home.

Players like junior defensive back P.J. Locke III have struggled with balancing preparations for the upcoming game against Maryland and worrying about the situation back home.

Preseason bowl projections for Texas are all over the map

Where to get clear bags for Texas Longhorns games