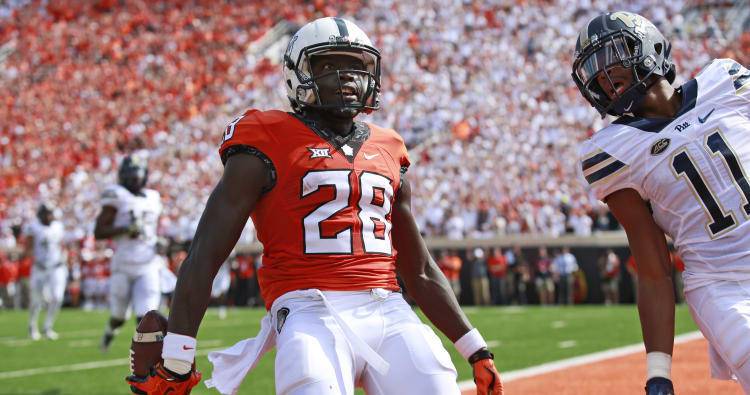 No, James Washington isn’t going to miss the first four games with a “hernia injury.” Let’s get that out of the way first. Despite the rumors spread by popular Barstool Sports podcast Pardon My Take earlier this month, Washington says he is fine and preparing for the season like normal despite some irritation stemming from an old injury.

Even if Washington is anything less than 100 percent, he’s still better than most receivers in college football. If he is 100 percent? He’s probably better than all of them. The 6-foot-1, 205-pound senior is coming off a season in which he caught 71 passes for 1,380 yards — 19.4 yards per catch. He’s likely to be the top receiver taken in next year’s NFL Draft, and he’s half of the best quarterback-receiver duo in college football.

Washington can hurt you in a lot of different ways, but his preferred poison is the deep ball. His combination of size, speed and quickness make him a near impossible cover. And even if it seems like a defender does have good position, Washington is a magician in the air. He caught 10 passes of 40 yards or more in 2016, with three of at least 80.

The best way to take him away is by not allowing Cowboys quarterback Mason Rudolph time to locate him downfield, which is easier said than done with so many other talented players to worry about.

Texas has been mostly successful at containing Washington the past three seasons, with one big exception. In the first quarter of last year’s meeting in Stillwater, he burned Davante Davis on an inside route and then put several Longhorns on skates. The 54-yard catch and run was emblematic of Texas’ defensive problems the first half of last season.

A breakdown of Texas’ 2017 schedule, from Terps to Tech