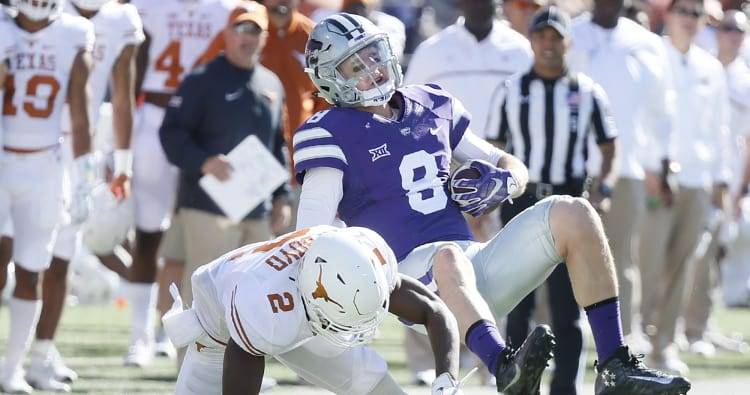 Let’s use Texas’ roster, history and scouting reports to countdown to the start of the 2017 football season. Today, we are only two days away from Texas’ home game against Maryland.

Which Longhorn wears No. 2? Junior Kris Boyd, who is coming off a season in which he started eight times as a cornerback. Forty-five of Boyd’s 51 tackles last year were solo stops. He also secured UT’s 45-37 win over Texas Tech with his first career interception.

Fun fact about No. 2: While Texas has logged 36 200-yard rushing performances in its history, only Jordan Shipley (273 yards against UCF in 2009) and Tony Jones (242 yards against Pittsburgh in 1987) have had 200 receiving yards in a single game. Last year, Armanti Foreman logged a team-high 142 yards against Baylor.

Longhorns in the NFL: Longhorns receivers score in “dress rehearsal”