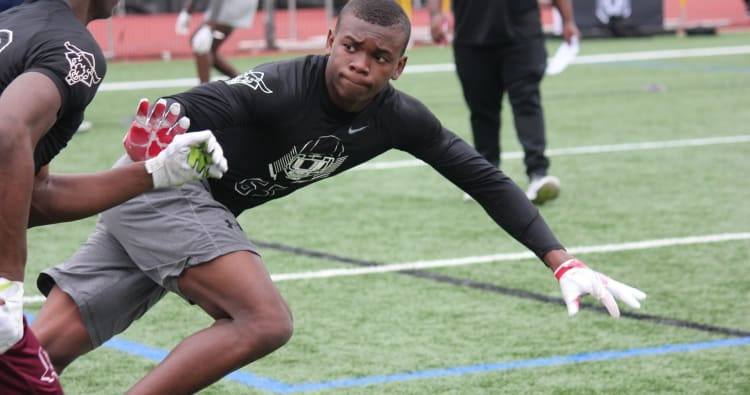 Tom Herman wasted no time building an enticing 2018 recruiting class for 5-star cornerback Anthony Cook. The Houston Lamar product is teammates with wide receiver Al’vonte Woodard, who is committed to Texas, and D’Shawn Jamsion, who is set to decide between the Longhorns and TCU on Oct. 14.

Texas’ 2018 recruiting class includes 18 commitments and currently ranks as the No. 2 class in the country, trailing only Ohio State. Cook would help propel the Longhorns towards the No. 1 spot. Ironically, it is the Buckeyes that Herman’s program must compete against for Cook’s signature. He posted this summer that LSU, Ohio State and Texas were his final three.

Cook is a 6-foot, 170-pound prospect with 35 offers. He was a first-team all-district selection as a sophomore and junior after recording a total of 10 interceptions in his two seasons as a varsity starter.

The commitment date was first reported by 247Sports.