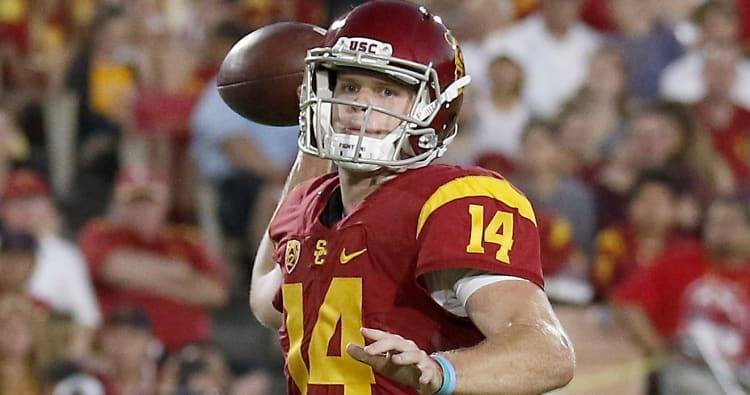 Sam Darnold is this year’s college football coverboy. The USC quarterback has hit the perfect sweet spot of being most analysts’ top NFL prospect while leading a supernova program on its quest to make the College Football Playoff. Add in the fact that he plays in Los Angeles, and you get a litany of longform profiles from respected writers like Jeff Pearlman, Lee Jenkins and Molly Knight. The glowing TV segments have already begun to follow.

By the time Texas plays USC, you’ll feel like you know more about Darnold than you know about some members of your own family. And here’s where things get tricky. Unlike other college football megastars, Darnold hasn’t even started a full college season yet. Remember, he started 2016 as the No. 2 quarterback on the Trojans’ depth chart behind Max Browne, then led a marauding revenge tour that ended in the most thrilling Rose Bowl since … well, you know.

His talent is undeniable, and so are the stats. In 10 starts and three backup performances, Darnold threw for 3,086 yards with 31 touchdowns and nine interceptions, completed 67.2 percent of his passes and ran for 250 yards and two scores.

Even more impressive than his mechanics is his ability to improvise. Watch his highlights below, and you’ll see numerous instances were Darnold made something incredible out of a less-than-ideal situation. Two prime examples come back-to-back starting at the 3-minute, 15-second mark. The former basketball star is adept at escaping pressure while keeping his eyes downfield, then firing a pinpoint pass from seemingly awkward body positions.

Not quite. Darnold’s confidence can have its consequences. Because he’s so good at throwing on the run, you’ll rarely see him throw one out of bounds. Sometimes he’ll even hurl a pass into double or triple coverage.

A good example of this came against Washington, when he threw two interceptions and made some other dangerous throws. However, he still carved the Huskies up for 287 yards and two scores in one of the biggest wins of the college football season.

The post Top opponents for Texas in 2017, No. 2: USC QB Sam Darnold appeared first on HookEm.

The Week 1 guide to watching Texas commits in action