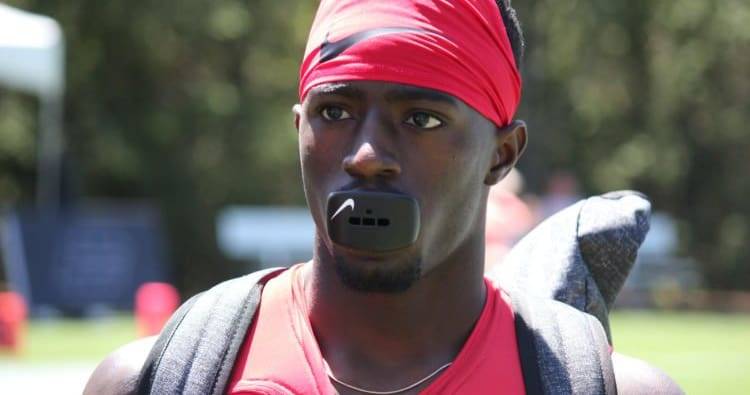 Jamison, a four-star prospect, has taken multiple visits to Texas and is widely considered to be a Longhorn lean. Jamison has a top five of Texas, Oregon, TCU, USC and Michigan, but all 22 of Jamison’s Crystal Ball projections favor the Horns.

Jamison has an Oct. 14 decision date set, although it wouldn’t be surprising to see him shit his recruitment down sooner than that. He’s ranked as the nation’s No. 133 player, No. 18 cornerback and the No. 15 player in Texas, per the 247Sports Composite rankings.

Wilson, on the other hand, is yet to pick up a Texas offer, but he’s a name to know going forward.

The four-star junior hauled in 53 receptions for 699 yards and 12 touchdowns as part of a state championship team at Lake Travis in 2016. Wilson also starred for Lake Travis during the summer throughout the Texas 7-on-7 State Championships in College Station, in which the Cavaliers also won the title.

To date, Wilson holds 12 offers, including invitations from Baylor, TCU, Oklahoma State, Tennessee and Houston, among others. He’s ranked as  No. 114 player, No. 20 wide receiver and the No. 16 player in Texas in the 2019 class.