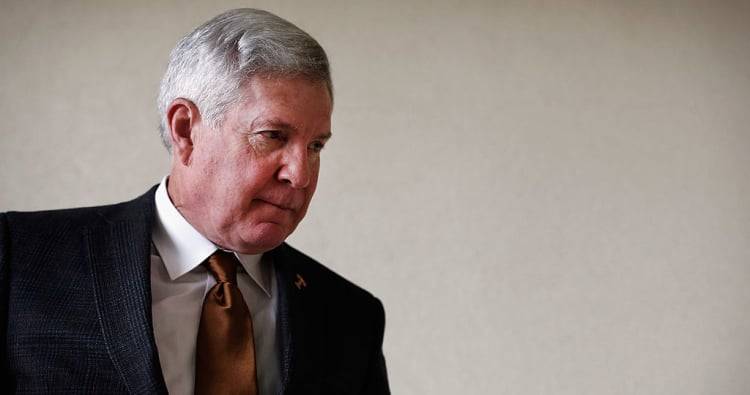 There’s nobody who would know what it takes to be Texas’ coach more than Mack Brown, and he gave his opinion on the Longhorns’ newest head man, Tom Herman.

In an interview with Chuck Carlton of the Dallas Morning News, Brown said Herman’s familiarity with the state of Texas in recruiting and his intelligence will serve the new coach well. Herman has coached at seven different schools in the Lone Star State in his career.

“He’s checked all the boxes,” Brown said of Herman. “Now he has to go win games.”

Herman is tasked with rebuilding Texas in the wake of the firing of former head coach Charlie Strong. The Longhorns have not finished a season ranked in the AP Top-25 since 2012.

Brown and Herman have history dating back to 1999, when Herman joined Brown’s staff as a graduate assistant. Herman’s skills and potential were evident even back then, Brown said.

In March, when the two coaches met up in Austin for a PGA tournament, Brown offered some succinct advice for his former assistant.

“Win all the games,” Brown said.

Herman said in July he feels as though his first year as the head coach of Texas bears similarities to Brown’s inaugural season.

Texas kicks off its 2017 season and Herman’s tenure as head coach on Saturday at 11 a.m. at home against Maryland on FS1.

The post Mack Brown: Tom Herman ‘has checked all the boxes’ at UT appeared first on HookEm.