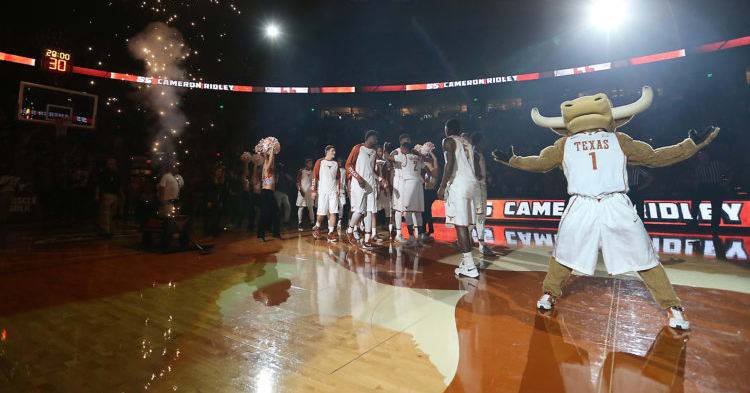 A pair of four-star priority prospects from out of state, Johnson and Hepa are arguably Smart’s top two targets this cycle.

Friday will serve as one of Johnson’s four planned official visits, as he has trips to Florida State, North Carolina State and Maryland scheduled throughout September.

The ‘Horns were considered the heavy favorite in Johnson’s recruitment prior to a recent offer during a visit to Kentucky. The Wildcats now hold the slight edge in Johnson’s Crystal Ball. He’s ranked as the nation’s No. 15 player, No. 2 shooting guard and the No. 1 player in Maryland, per the 247Sports Composite rankings.

Hepa recently unofficially visited the Forty Acres in mid-June and remains a favorite to side with the Longhorns. The 6-foot-9, 210-pound prospect also has an official visit to Gonzaga set for next weekend.

Texas vs. Maryland: A Q&A with a Terrapins beat writer