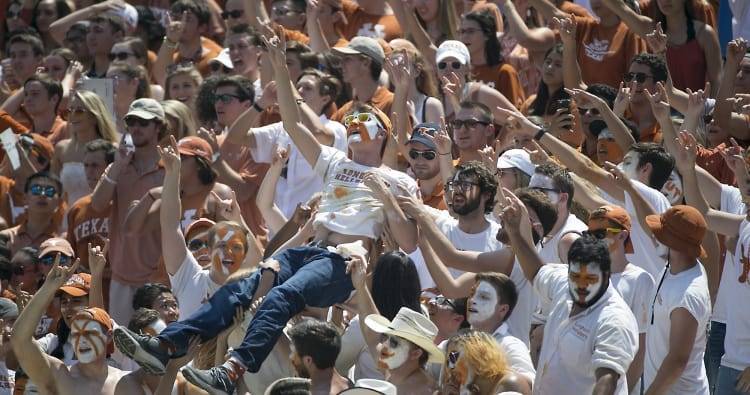 In the opening game for Texas coach Tom Herman at Royal-Memorial Stadium, the Longhorns were beaten 51-41 by a Maryland team that came in as an 18-point underdog.

Fans didn’t take kindly to the result, and were seen throwing items onto the field near the end of the game.

Texas fans have resorted to throwing debris on the field. #ThisIsTexas

Texas fans are so pissed, they are throwing their hand fans on the field pic.twitter.com/SDsZZ7Xwgc

Texas fans not happy about this game … throwing cardboard fans onto the field. #Longhorns #Maryland pic.twitter.com/wGMQCcORPM

The post Texas fans throw items onto field as reality of loss to Maryland sets in appeared first on HookEm.