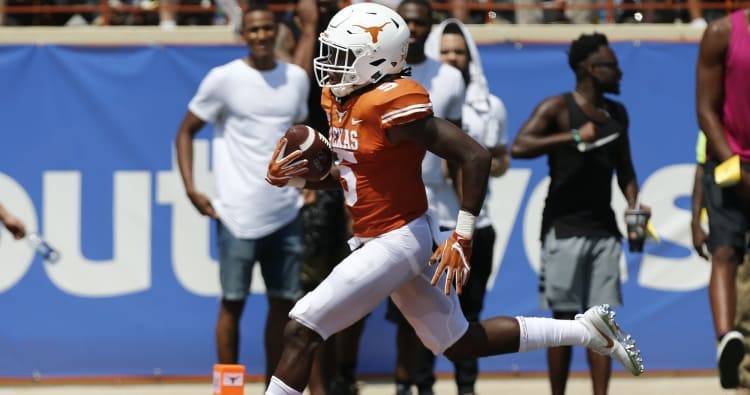 After giving up 27 unanswered points to Maryland, Texas responded by blocking a field goal and returning it for a touchdown late in the second quarter.

It was the second touchdown of the game for cornerback Holton Hill, who returned an interception for a score on the third play of the game.

Texas defensive tackle Poona Ford blocked the field goal for Texas, which trailed 27-14 after the play. Watch it below.

Holton Hill with a 65-yard TD return off Poona Ford’s block. Now tell me again why Maryland went for 2 earlier? Terps up 27-14.

Waiting for Tom Herman to move Holton Hill to tailback.

As Texas struggles against Maryland, Chuck F’n Strong chimes in on Twitter