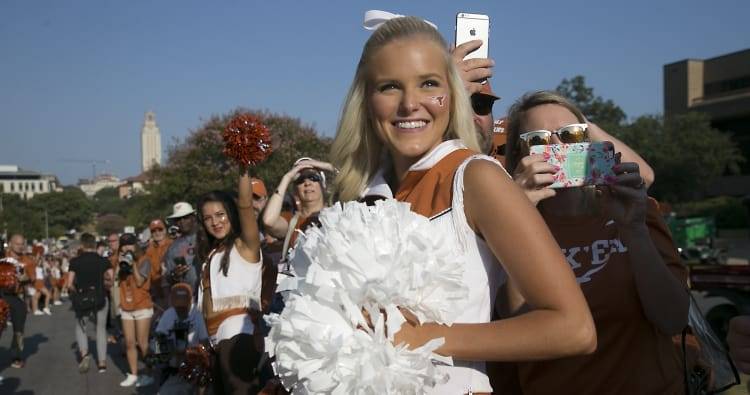 The Tom Herman era is underway at Texas, and it started with a bang.

On the first drive of the season opener, Longhorns cornerback Holton Hill intercepted Maryland quarterback Tyrrell Pigrome and returned it 31 yards for a touchdown.

Less than two minutes in, Texas led the Terrapins 7-0.

Well, three defensive plays and Texas is on the board. Hill with a 31-yard INT return. Oh, and the PAT wasn’t blocked! Texas up 7-0.