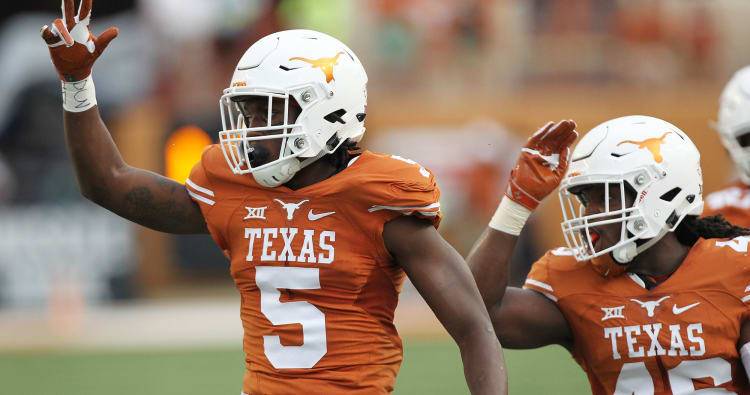 Welcome to Big 12 DieHards’ Week 1 Special Teams Player of the Week. There were a number of exciting performances across the Big 12 from special teams standouts, but we picked one that stood apart.

The play that won him this honor came on a key fourth down play. Down 27-7, and without any momentum, the Longhorns blocked a field goal. Hill picked up the ball and ran it back 65 yards for a key Longhorns touchdown. The score cut Maryland’s lead to 27-14, and appeared to change the momentum momentarily in Austin.

Soon, Texas clawed back to bring the score within 30-27. The Longhorns eventually lost the game in disappointing fashion, but Hill was marvelous. He also had a pick-six 80 seconds into the game. It was an inspired performance from a kid who hails from an afflicted part of Houston. It was a tremendous effort to play a strong game for his city.

Was Maryland a one-game hiccup or a true reflection of what the Longhorns really are?

What’s next for the Longhorns after first-week loss to Maryland?