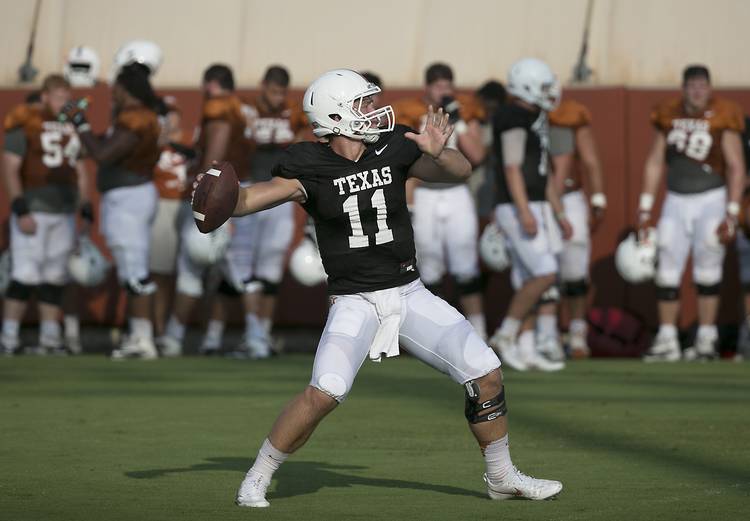 Texas players seemed a little embarrassed that word of a 20-minute team meeting held over the weekend began leaking out on Tuesday.

One game into the 2017 season, the Longhorns’ leaders are making sure everyone remains on the same page.

“We didn’t look like the team that practiced all fall camp,” defensive back P.J. Locke III said after Tuesday’s practice. “We didn’t look confident, didn’t go full speed. Tried to over-think, basically. We watched film and you can tell everybody’s face was just disgusted. We know we can be better.”

Texas, 18-point favorites last weekend against Maryland, lost by 10 at home in one of the most anticipated season openers in years with first-year coach Tom Herman. This week, UT is a four-touchdown favorite over San Jose State (1-1) at Royal-Memorial Stadium.

Herman had warned that he wasn’t sure if players would fall back into bad habits after getting punched in the face. That clearly happened against the Terrapins.

“There were things that happened on Saturday that we as coaches hadn’t seen since spring ball,” Herman said. “Mistakes and habits and techniques that had been corrected and what we thought were ingrained into habit, they showed back up in very inopportune times.”

Defensive tackle Poona Ford said the players can’t afford to hang onto the disappointment of the Maryland game. Another challenge lies ahead.

“But not to the point where I lose faith in the coaches and my teammates,” he added. “Just sticking to the positive. We’ve got to trust our training and trust our coaches that they know what they’re talking about.”

Ehlinger takes over: Freshman quarterback Sam Ehlinger took all the practice repetitions with the first-team offense on Tuesday since starter Shane Buechele was sidelined with a bruised shoulder.

Ehlinger has a totally different temperament than Buechele. The 6-foot-1 wild man from Westlake will lower his shoulder and try to run over defenders, Locke said.

But what about Ehlinger’s accuracy and decision-making? That’s difficult to gauge at this point. Ehlinger was a mid-term enrollee last January so he could participate in spring drills.

“He looked very mature, very composed. He wasn’t nervous,” left tackle Connor Williams said. “It was good to see a true freshman step in under these circumstances and be so composed in the huddle in leading us.”

Williams said the team will have trust in anyone the coaches choose to play.

“It was probably halfway through practice and I realized that Sam was throwing it and Shane wasn’t throwing it,” Williams said. “We just have to do our job and we’ll perform.”

The post Longhorns put Maryland loss behind them as QB Sam Ehlinger takes the controls appeared first on HookEm.