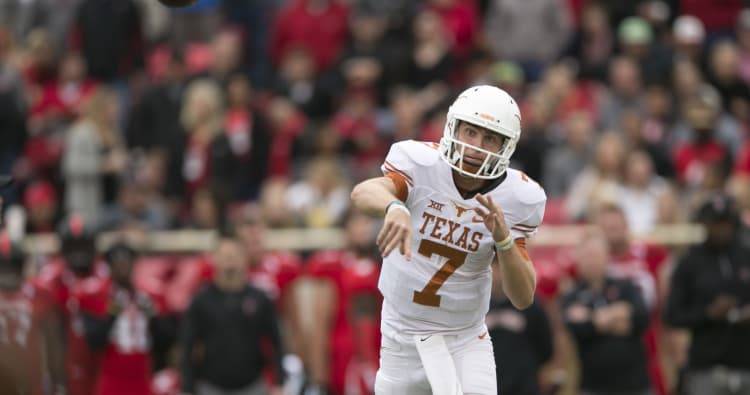 Texas quarterback Shane Buechele did not practice Thursday and is expected to be a game-time decision against San Jose State on Saturday, Longhorns head coach Tom Herman said.

Buechele suffered a bruised right shoulder in the season-opening loss to Maryland last week. He has not practiced all week.

Freshman Sam Ehlinger is expected to be the starter if Buechele can’t play.

This story will be updated with more information.