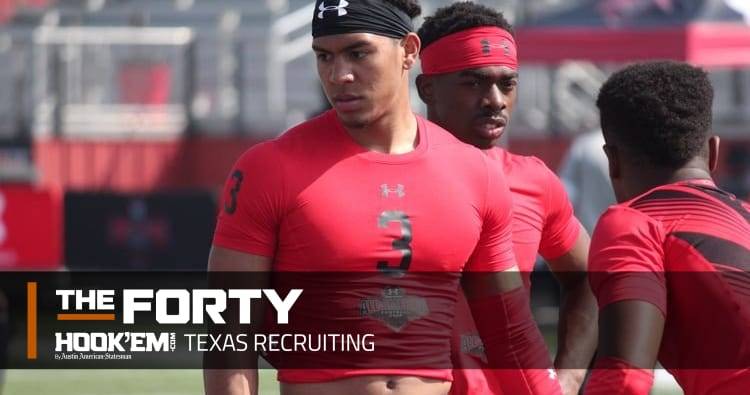 Houston-area high schools are still waiting for the official start of the season after the effects of Hurricane Harvey. With the weather clearing up, teams in the area are beginning to find normalcy and most are expected to officially begin the season in Week 3.

…it felt good being back on the field

Where: Herman Clark Stadium (Fort Worth)

Rising’s team is off to a 2-0 start heading into Week 3 of the California prep schedule. Through two games, the 4-star quarterback has thrown for 552 yards and six touchdowns to no interceptions, completing 74.4 percent of his passes. Rising recorded 64 yards and two touchdowns rushing in last week’s win after not running the ball in Week 1.

Moore set school records in last week’s win, finishing the game with a staggering 22 catches for 304 yards. The supreme athlete was one of three Texas wide receiver commits to appear at The Opening Final. He ran an electronic-timed 4.33 at The Opening regional in Chicago.

Thompson began his Newcastle career with a loss to Noble High, a perennial power in Oklahoma football. Thompson helped his team to a lead before Noble outlasted Newcastle. No offensive stats were provided from the game.

IMG is 2-0 heading into an open week. Adeoye, a 4-star linebacker commit, helped hold 5-star quarterback target Tanner McKee and the Centennial (Calif.) offense to just 20 points in last week’s win. He recorded three tackles in the first game of the season.

Wood-Anderson recorded one catch in eight yards in the season-opening win for Arizona Western College. The group takes on Pima Community College this weekend.

The post The Week 2 guide to watching Texas commits in action appeared first on HookEm.